Planning a cooling system can be a complex task, considering the many factors involved in a successful solution. Alfa Laval supplies a comprehensive range of high-quality heat exchangers and components for cooling applications. 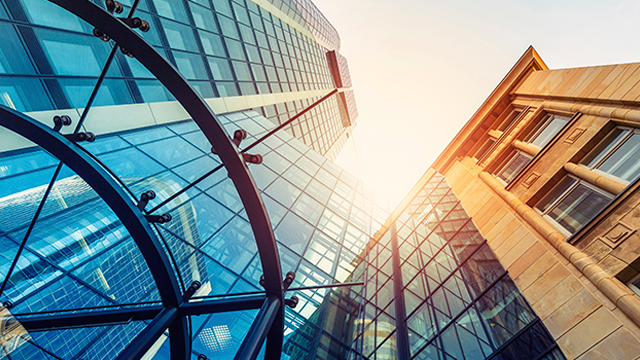 Solutions that perform under pressure

The business case for energy efficiency

There is a strong business case for investing in heating, ventilation and air conditioning (HVAC) energy efficiency. According to the Australian Government, HVAC systems typically account for as much as 30% of energy use and costs in commercial buildings and office spaces. Plate heat exchangers are a key equipment component to save energy and improve a building's sustainability and carbon footprint.

HVAC systems typically account for as much as 30% of energy use and costs in commercial buildings and office spaces. Plate heat exchangers are a key equipment component to save energy and improve a building's sustainability and carbon footprint.

Due to an undersurfaced plate heat exchanger, if the fan coils received 1°C higher cooling temperature, the chiller evaporation temperature will be lower, causing a higher lift.

Due to an undersurfaced plate heat exchanger, if the chiller condenser receives 1°C higher cooling source, the condensation temperature will increase, causing a higher lift.

Alfa Laval gasketed plate heat exchangers are the most cost-effective solution for a wide range of HVAC heating and cooling applications. Our Industrial range of gasketed plate heat exchangers is the result of decades of experience, research and development in heat transfer technology. By combining innovative design with high quality we guarantee maximum performance with minimum operating costs. 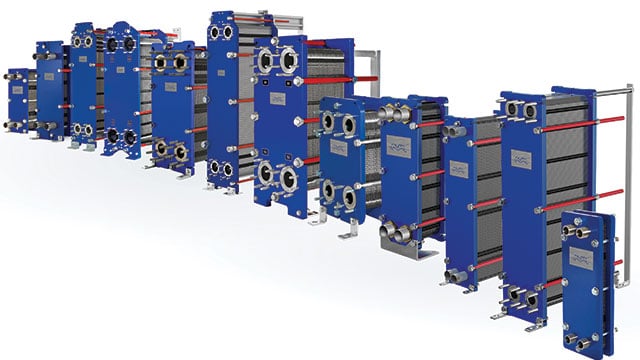 Alfa Laval copper-brazed plate heat exchangers are a compact, efficient and maintenance-free solution for heating, cooling, evaporation and condensing in numerous applications. Each unit is designed for duty optimization, with a range of unique features that ensure both superior thermal performance and maximum reliability. This enables the longest possible service life – even under conditions with extremely high design pressures. 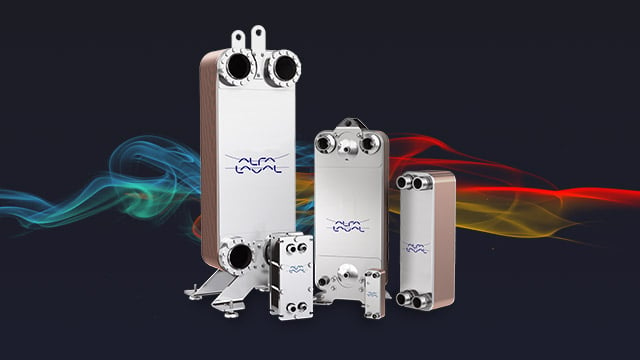 Under-dimensioned heat exchangers can lead to higher system-wide energy use, higher operating costs and compromised environmental performance. With AHRI certification, you are assured that the plate heat exchanger will function as required. No risk of underperformance. No uncertainty. It does what it says on the box, guaranteed.

What is a chiller bypass?

Traditionally the chiller in an air conditioning system runs continuously during the entire cooling season, even when full capacity is not required. Previously, the only alternative to constant chiller operation has been a chiller bypass system using a strainer. This strainer removes impurities, but at the same time it requires costly maintenance, chlorination and other chemical treatment. By installing a plate heat exchanger – and sometimes a filter to protect it – in the chiller bypass system, corrosion, scaling and constant maintenance can be virtually eliminated. Another advantage is that this system can use any type of cooling, such as a cooling tower or free cooling with river or well water, even seawater or brackish water, without ruining sensitive equipment like air conditioners.

How to avoid dirty and clogged condensers shutting down chiller?

A dirty, blocked or fouled condenser means less heat transfer can take place from the refrigerant to the surrounding ambient and increases the risk of a chiller shutting down. The condenser is vulnerable to attacks from corrosion-causing chlorides, fouling impurities and biological activities in water.

Both options should be considered not just for its upfront investment, but also for running cost and serviceability. A cooling tower/heat exchanger system is the easiest to clean with the least downtime.

What is an acceptable fouling factor?

Velocity is important to prevent fouling.

In a shell and tube heat exchanger, there is the option to make the tube longer to include a fouling margin. By contrast, in a plate heat exchanger, you can add in more plates, which creates more channels but also reduces velocity.

We don’t advocate high fouling margins, otherwise it can become self-fulfilling. The rate of deposition is higher and eventually this leads to loss of performance.

Heat load or performance of the heat exchanger drops over time and levels out over time. Fouling from salts, chlorides etc settles on the plates and decreases the size of the channel. How quickly fouling occurs depends on various factors such as water quality, temperature, etc.

How do you manage thermal fatigue?

Thermal fatigue and/or mechanical stress is created by large temperature and/or pressure fluctuations. The number of cycles and degree of cycling may have an effect on the plate heat exchanger, depending on its design. Gasketed PHEs are very good at handling the stress.

Alfa Laval has also been working with brazed plate heat exchangers to increase resistance to thermal stress. The R&D has resulted in the development of unique product features such as the Alfa Laval RefTight™ sealing system that guarantees a long lifetime sealing between the welded channels; and Alfa Laval IceSafe, that allows controlled, non-destructive freezing.

What type of plates is suitable for seawater cooling?

Free chloride ions (free radicals), left behind when chlorine breaks down, are looking for a site to deposit and attach themselves to metal parts. Seawater sits around 30,000 parts per million (ppm) of chloride ions or 3%. Stainless steel has limited resistance to free chlorides. It makes it unsuitable for seawater as the lifecycles of the plates would be very short.

By contrast, plates made of titanium grade 1 are very well suited for seawater cooling, withstanding temperatures inside the heat exchanger of up to 100 degrees Celsius before reaching the critical pH point (pH7).

Does the heat exchanger require insulation?

The amount of energy radiating from the edge of the plates relative to the throughput is minuscule. An insulation case, which slows down heat loss / heat gain, can be applied but is not required in most HVAC applications as the financial gain would be negligible.

What is the correct procedure for backwashing?

Fouling and scaling lead to contaminants that coat the surface of heat exchanger plates. Scaling is different from fouling. Suspended solids lead to soft fouling. They can be washed off the surface. By contrast, sodium carbonate and calcium carbonate form what it known as hard scale. Scaling has to be dissolved with an acid.

What is the correct filtration procedure for heat exchangers?

The correct filtration procedure depends on the application that it is running under and the type of filter used. For applications with a high percentage of suspended solids or large particles, it is recommended that a screen filter is in place. The heat exchanger needs to be selected with the correct channel gap, and the filter should be selected for the heat exchanger model.

Are heat exchangers suitable to be used in a Reverse Osmosis stream?

Reverse osmosis water can be used for heat exchangers, as often found in pharmaceutical applications.

How do you size a heat exchanger for low differentials?

Calculating the heat exchanger for low and high differentials is part of the design process. Alfa Laval can design a differential down to 0.5 degrees Celsius and still provide a performance warranty.

What are the most common heat exchanger certifications?

Certifications are increasingly important as builders look for certainty around energy savings and energy efficiencies in commercial and residential construction. The AHRI certification provides independent, third party certified labelling for products that meet performance standards. There are other energy efficiency standards such as Leed and Green Star which - while not stipulating heat exchangers specifically - consider a system’s overall energy efficiency.

In Australia, the Watermark certification for heat exchangers was withdrawn in late 2019.

Your hub for the latest in heating and cooling

With expertise from decades of experience in heat exchange, Alfa Laval offers knowledgeable resources for today’s heating and cooling challenges. Discover answers to complex questions on everything from energy efficiency to natural refrigerants, along with helpful tools that make it simpler to find the right technology for your application. 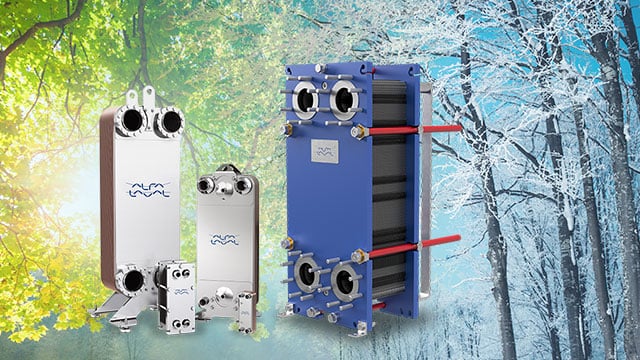 Looking for the right heat exchanger can be a complex task. Live chat with our local engineers to get expert advice on the best technology for your applications, as well as sizing and pricing information. Simply click on the blue chat icon at the bottom right corner of the page to contact our agents. Available Monday to Friday. We look forward to hearing from you! 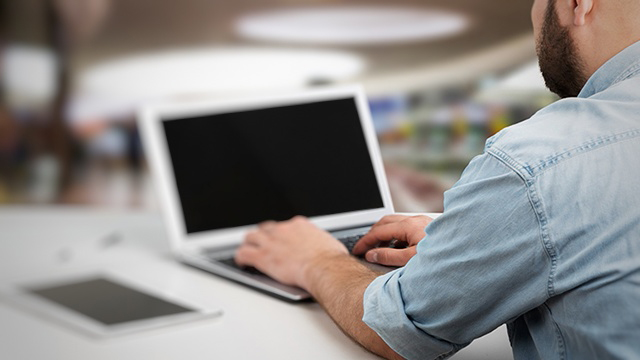