Alfa Laval Yeast Propagation Plant is engineered for yeast propagation under sterile conditions within the brewing industry for the purpose of renewing the yeast supply. The flexible design of the yeast propagation plant enables propagation of different strains of yeast as needed. The single (or multi) vessel plant requires initial inoculation with laboratory-propagated yeast culture (using the Alfa Laval SB Carlsberg Flask). 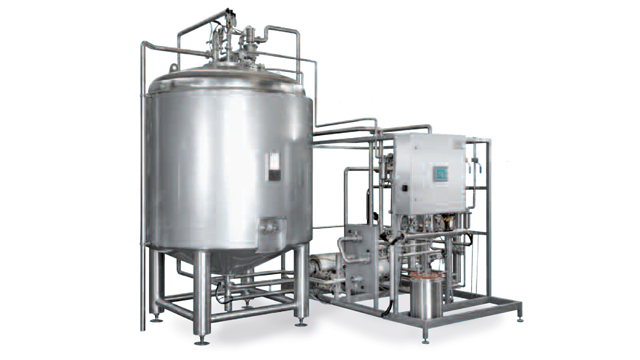 A reliable and safe process for uninfected, freshly propagated yeast

The yeast propagation system has a unique top plate equipped for full hygienic operation including automatic pressure control, pressure relief valve, anti-vacuum valve, level probe and aeration lance with air dissolver or (for larger tanks) hollow shaft mixer. Standard capacities are up to 100 hl working volume. The yeast propagation plant is supplied as a turnkey module, pre-assembled and dry tested from the factory. It can be supplied with a CIP-station and varying levels of automation.

Yeast is the most important microorganism in the production of beer. Yeast metabolises sugar from wort, producing alcohol and carbon dioxide, thereby turning wort into beer.

It ferments beer and influences its flavour profile, however, there must be no oxygen present.

In the presence of oxygen, yeast multiplies which is important for propagation and the baking industry. This can spoil the long-term stability of beer flavour and clarity.

When is oxygen is required in the brewing process?

New yeast is required from time to time as the yeast loses the ability to produce a good beer. That’s why you need a yeast propagation plant.

During propagation the yeast call is in respiration mode, which means uptake of oxygen. This means the yeast cell prefers to breathe rather than consuming sugars.

During the fermentation mode the yeast cell consumes 14 times for sugar in order to obtain the same amount of energy, that’s why yeast growth is about 10 times greater under respiration than fermentation. 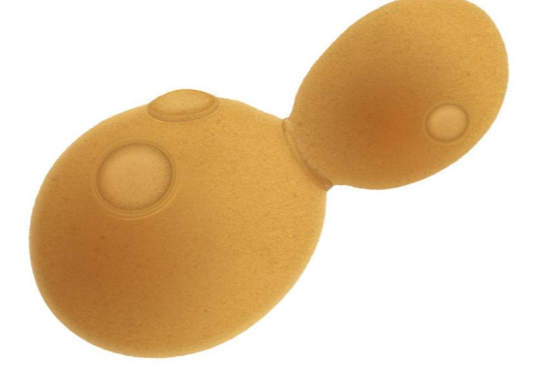 The propagation process is divided into 4 phases.

Understanding the Crabtree versus Pasteur effect:

The Crabtree effect refers to the inhibiting effect of respiration, or the use of oxygen, caused by the presence of certain carbohydrates in concentrations above certain levels. The yeast will not use oxygen when there is an abundant supply of food.

The Pasteur effect is the inhibiting effect of oxygen on the process of fermentation. Yeast will use oxygen, when available, to better utilise the food available.

What will stress the yeast? 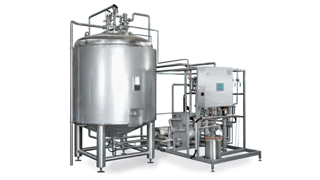 When CIP and steam sterilisation are completed, the yeast propagation vessel is filled with hot or cold wort. Wort is then sterilized by the heating jacket on the cone and then cooled down by the cooling jacket on the cylindrical part. Before inoculation, the wort is aerated with sterile air. The vessel is then inoculated with pure yeast culture (from a Carlsberg Flask) under sterile and aseptic conditions.

During yeast propagation, the temperature is maintained at a set level and the propagating yeast is aerated according to the requirements of the particular strain. When the yeast has reached the required cell concentration, it is pitched into an intermediate fermenter or directly into fermentation tank. 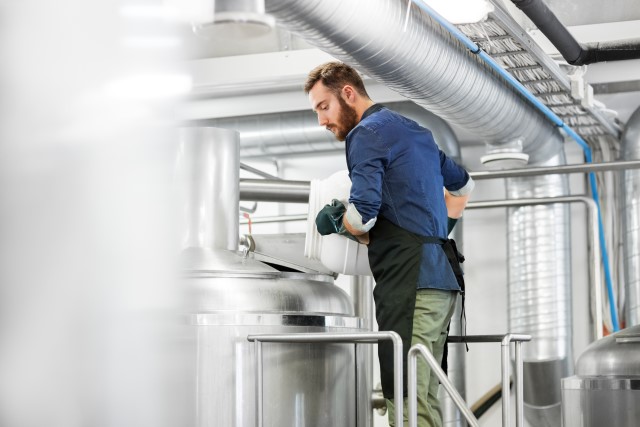 A heritage of excellence

For six generations, the Leinenkugel family from Chippewa Falls, Wisconsin has been brewing America’s friendliest craft beer. Under the guidance of Jake, Dick and John Leinenkugel, the brewery continues to thrive, keeping true to the history and heritage established by their great-great grandfather more than 145 years ago.

To accommodate the growth of craft brewing seen in the 1990s, Leinenkugel’s added a second small brewery to their operations in 1995. The 10th Street Brewery in Milwaukee, Wisconsin now helps to handle the increased demand of a growing number of fans – and with more than 350,000 card-carrying “Leinie Lodge” members, demand remains high.

A delicious secret at the 10th Street Brewery

The 10th Street Brewery produces an ever-evolving family of beers, including Leinenkugel’s Big Eddy series of premium craft beers, featuring styles like Wee Heavy Scotch Ale, Baltic Porter, Russian Imperial Stout and Imperial IPA. Leinenkugel creates each of these complex, high-end styles from dozens of ingredients, along with a secret yeast culture referred to as “007.” The outcome is highly flavourful beers with higher than normal alcohol by volume (ABV) of around 10%.

The challenges of specialty craft beers

As part of the brewing process, yeast is added to unfermented wort to begin fermentation. This process is referred to as “pitching yeast.” For many types of beers, yeast can simply be reused or “re-pitched” from batch to batch. However, the very high ABV of the Big Eddy series results in a more stressful fermentation process and low yeast viability at the end of fermentation. As a result, the yeast cannot be serially re-pitched, but instead must be freshly propagated for each batch.

Stirring up a better solution

Knowing a better yeast handling solution was needed to improve the efficiency of brewing Big Eddy beer, the Leinenkugel engineering team reached out to Alfa Laval for consultation. As a result, the Alfa Laval magnetic mixer was specifically engineered into the 10th Street Brewery’s yeast propagation tank to handle their process’ unique challenges.

Leinenkugel’s uses a vessel with a top-mounted agitator to propagate the yeast. Once the agitator is operating, a perforated pipe introduces gas to support propagation. Beer is produced as a by-product of this process. However, Leinenkugel’s does not want to dilute the Big Eddy’s wort with this by-product beer due to it’s lower alcohol content and flavour profile, so they allow the yeast to sediment and then decant the beer off. The resulting yeast slurry can have a consistency above 70% spin-down solids.

The Alfa Laval Magnetic Mixer UltraPure stirs this thick yeast slurry to keep it homogeneous, and to control its temperature until it can be pitched into the fermenter. Due to its levitated design, the mixer is easy to clean between batches, and thanks to its bottom-mount location, the mixer stirs the slurry effectively even at low volumes – helping to efficiently drain the tank as a secondary benefit. These results also show that the mixer is suitable for other production challenges, such as mixing in yeast brinks.

Tapping into savings on yeast

In the past, they purchased a liquid yeast culture for pitching but now by propagating their own yeast in-house, they have realized substantial cost savings. According to Greg Walter, Master Brewer/Facility Manager of Leinenkugel’s, these savings are significant. “Instead of costing roughly $3,000 to pitch yeast, it now only costs a few hundred dollars per batch,” said Greg.

He added, “The ‘007’ yeast is so thick and viscous that if we didn’t have the Alfa Laval mixer, we simply couldn’t drain the yeast propagation tank properly.” While the benefits of homogeneous mixing and temperature control play a key role in the Big Eddy series’ production, Greg sums up why it all matters: “We’re most proud of the fact that the Big Eddy series incorporates the most and highest quality of ingredients, and is really the most valuable craft beer in the entire Leinenkugel family of beers.” Alfa Laval is proud to play a small but important part in their brewing success!

Alfa Laval SB Carlsberg sterilizes wort and cultivates pure yeast cultures on a laboratory scale for use in yeast propagation plants in the brewery, food, dairy and beverage industries. 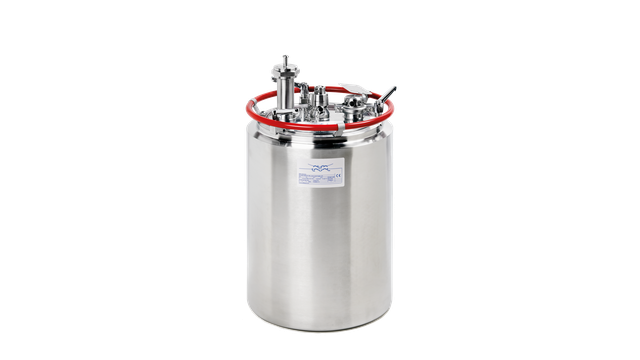 Join our dedicated LinkedIn community for brewers to stay up to date with the latest industry trends in beer production and learn from your peers! 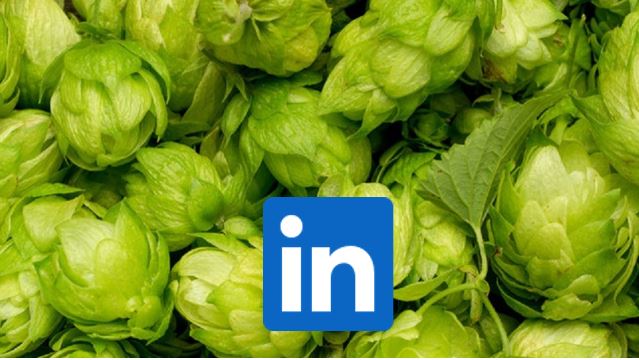