Heating and cooling the tallest buildings

IN 2018, ST PETERSBURG, Russia, became home to the tallest building in Europe: the Lakhta Centre. It's just one of all the buildings around the world using Alfa Laval technology for indoor climate.

At 462 metres tall, the new skyscraper dominates the skyline of the city, and will form the centre of a new business district. The project’s ambitions extend well beyond breaking height records – it has also set bold targets when it comes to the building’s environmental impact, both in its construction and continued operation.

One of the most distinguishing features of the Lakhta Centre is its double façade skin, which allows for thermal insulation and natural ventilation. It is estimated this will reduce heating and air conditioning consumption by 50 percent. In addition, conventional heating devices have been replaced by infrared radiators that can reuse heat emitted from other devices, and sensors will automatically adjust temperature and lighting according to the number of people in each room.

Among the other energy-saving components of the Lakhta Centre’s construction are 61 Alfa Laval gasketed plate heat exchangers, which will be used for heating, ventilation, hot water and air conditioning. Due to their high heat-transfer efficiency, the heat exchangers will minimize heat loss. They will also reduce the water consumption needed for power transfer and, by extension, reduce the energy consumption for water pumps.

The Lakhta Centre is just the latest of many exceedingly tall skyscrapers where Alfa Laval equipment is used for climate control. Others include the Burj Khalifa in Dubai, the Shanghai Tower (the first and second tallest buildings in the world respectively) and the Bank of America Tower in New York.

The tallest buildings in the world 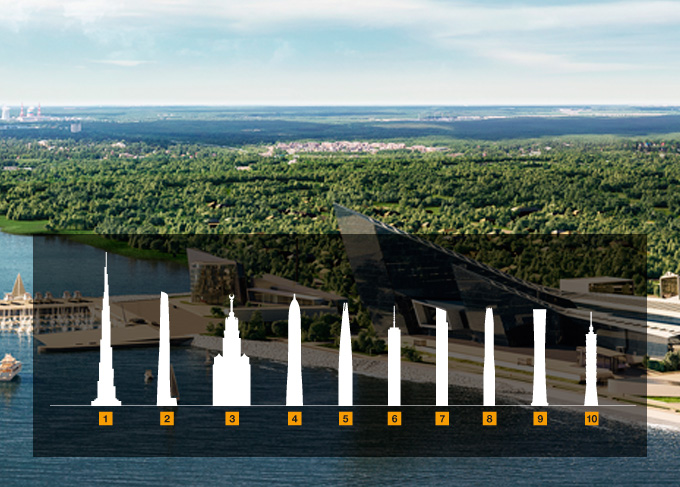 At Alfa Laval, we always go that extra mile to overcome the toughest challenges. Our driving force is to accelerate success for our customers, people and planet. You can only do that by having dedicated people with a curious mind. Curiosity is the spark behind great ideas. And great ideas drive progress.

In our Career section you find opportunities for curious minds to have a lasting impact on some of the planet’s most urgent problems.

Did you know... that

the Lakhta Centre's twisting tower is inspired by a Swedish fortress, which actually occupied the original site in the early 14th century. 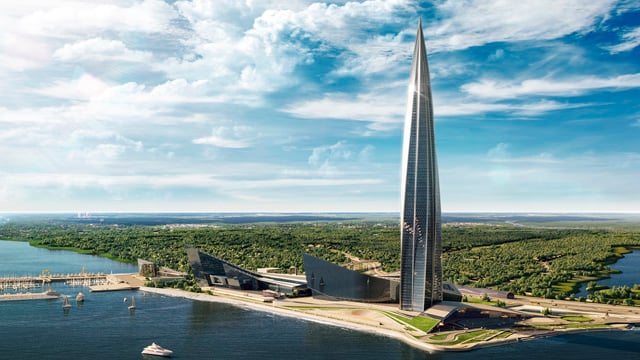 The Lakhta Centre's twisting tower is inspired by a Swedish fortress, which occupied the original site in the early 14th century.

United Nations Sustainable Development Goals (SDGs) set the vision humanity needs to work towards, now it's up to businesses like ours to take us there. Read how we and our customers make a difference.